Mr. Yasir Ashfaq, CEO, represented PMIC at the European Microfinance Week 2017 held in Luxembourg from November 29 to December 1, 2017. The event was attended by over 490 practitioners, investors, academics and support providers from 66 countries. During the panel discussion on ‘Investing through Apex- Foreign Funding, Local Knowledge’, Mr. Yasir Ashfaq, CEO PMIC spoke about the unique transition from a non-profit social development fund to a for-profit commercial entity the Pakistan Microfinance Investment Company (PMIC). During the discussion, he also briefed the audience on the role of PMIC in the microfinance sector of Pakistan as the apex institution and sector developer in the country and its ideal position in the sector to serve as a conduit for international investors.

Mr. Yasir Ashfaq, CEO PMIC also represented PMIC on the session titled ‘Investing in Financial Inclusion: Pakistan’. During this session, he presented an in-depth analysis on the state of financial inclusion in Pakistan, opportunities and challenges for the sector to reach its potential demand and potential avenues for international investment. He also presented the audience with an overview on the strategic role of PMIC to enhance financial inclusion in the country. 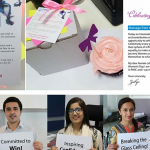