This agreement is envisaged to play an important role towards achievement of financial inclusion goals defined in the National Financial Inclusion Strategy (NFIS) and Microfinance Growth Strategy 2020.The subordinate loan will be leveraged by PMIC to raise more funds to meet the needs of the Microfinance Banks (MFBs) and Non-Bank Microfinance Institutions (NBMFIs) for larger funding lines with longer tenors. The sub loan will also increase the per party exposure limit of PMIC and shall allow PMIC to lend more funds to its microfinance borrowers.

Speaking on the occasion, Ali Sarfraz, CEO Karandaaz Pakistan stressed on the importance of microfinance for the success of Pakistan’s National Financial Inclusion Strategy. “We are delighted of our role in establishing PMIC in 2016 with the financial support from UK’s Department of International Development and now to be further strengthening it through this subordinated loan for on-lending to microfinance institutions and microfinance banks. This additional capital that focuses on specific lending programmes will help PMIC in supporting more unserved and underserved micro enterprises. We are hopeful that by increasing the access of finance to businesses, we will be able to achieve our development targets of more jobs and better incomes at household level.” Yasir Ashfaq, CEO PMIC commented “As sector developer for the microfinance sector in Pakistan, PMIC is committed to meet the demand for financial services in the country especially for the marginalized and underserved segment of the society.

We believe that this subordinate loan agreement with Karandaaz Pakistan will enable PMIC to focus on product innovation, especially for micro and small enterprises and job creation through our borrowing institutions (Microfinance Institutions and Microfinance Banks) and would accelerate financial inclusion in the country.” 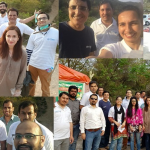 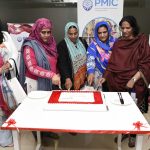